I’ve been wanting to write a review on Psychosomatic for at least a year now, but it’s a daunting task to put into words how something as simple as answering and add for a free challenge has completely changed my outlook on life and how I handle my health. Let me start at the beginning…this may take a hot minute, but I’ll give you the cliff notes version, promise.

My husband and I had a beautiful, healthy daughter in February of 2008. Right around the time she turned three we decided it was time to try for a second child. Weeks turned into months of nothing. I visited my doctor and she said it might help for me to drop twenty pounds. I dropped the weight and again, more time passed. After those months started turning into years I finally started getting frustrated. My husband and I talked and decided we were blessed enough to have one healthy child, maybe that was all we were meant to have. We stopped trying for baby number two and that was that.

In 2015 my husband Robert’s sister got remarried and her wedding was going to be in Hawaii. When I started shopping for a dress to wear to this blessed event, I realized my weight had begun creeping back up and decided to do something about it. I immediately signed up for Weight Watchers online and started going to the gym every morning. 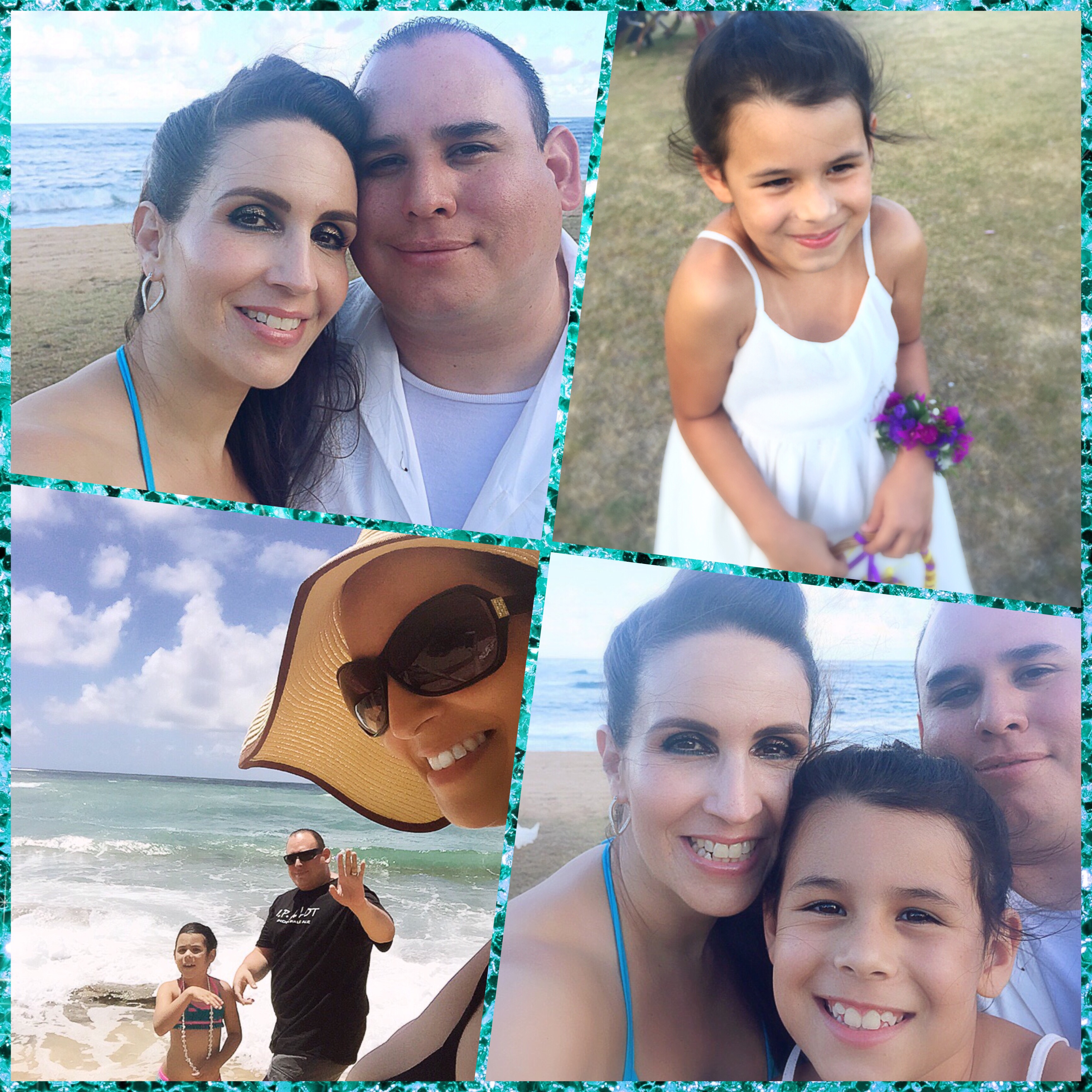 In July we went to the wedding and it was just as beautiful as we expected it to be. We had a fantastic family vacation together and when we came home I got right back into my fitness routine.

This went on until Thanksgiving, a mere four months later, when Robert’s sister announced that she was pregnant…with her third child…just like that! I was irrationally angry about this. Of course, it didn’t take me more than five minutes of discussing it with Robert to realize that I wasn’t so much angry as I was green with envy!! Why did it seem to be so easy for everyone else?!? After talking about it again, we decided to give it one last year of trying for a second child. I was turning forty the following February, it wasn’t like I was getting any younger. We kept this to ourselves and truthfully, I wasn’t optimistic. I was worried it would be another year of disappointment.

In February of 2016 we went to Disneyland for my fortieth birthday, because where else would I want to spend it 😆?? On a whim, I decided to take a pregnancy test the morning before we left, just in case. We would be going on roller coasters and what if I wanted a drink or two on my birthday? Well, lo and behold, it came back positive!!! Robert and I were completely shocked! We decided, once again, to keep it to ourselves until I was in my second trimester. We didn’t even tell our daughter. I was so elated, it was a hard secret to keep. 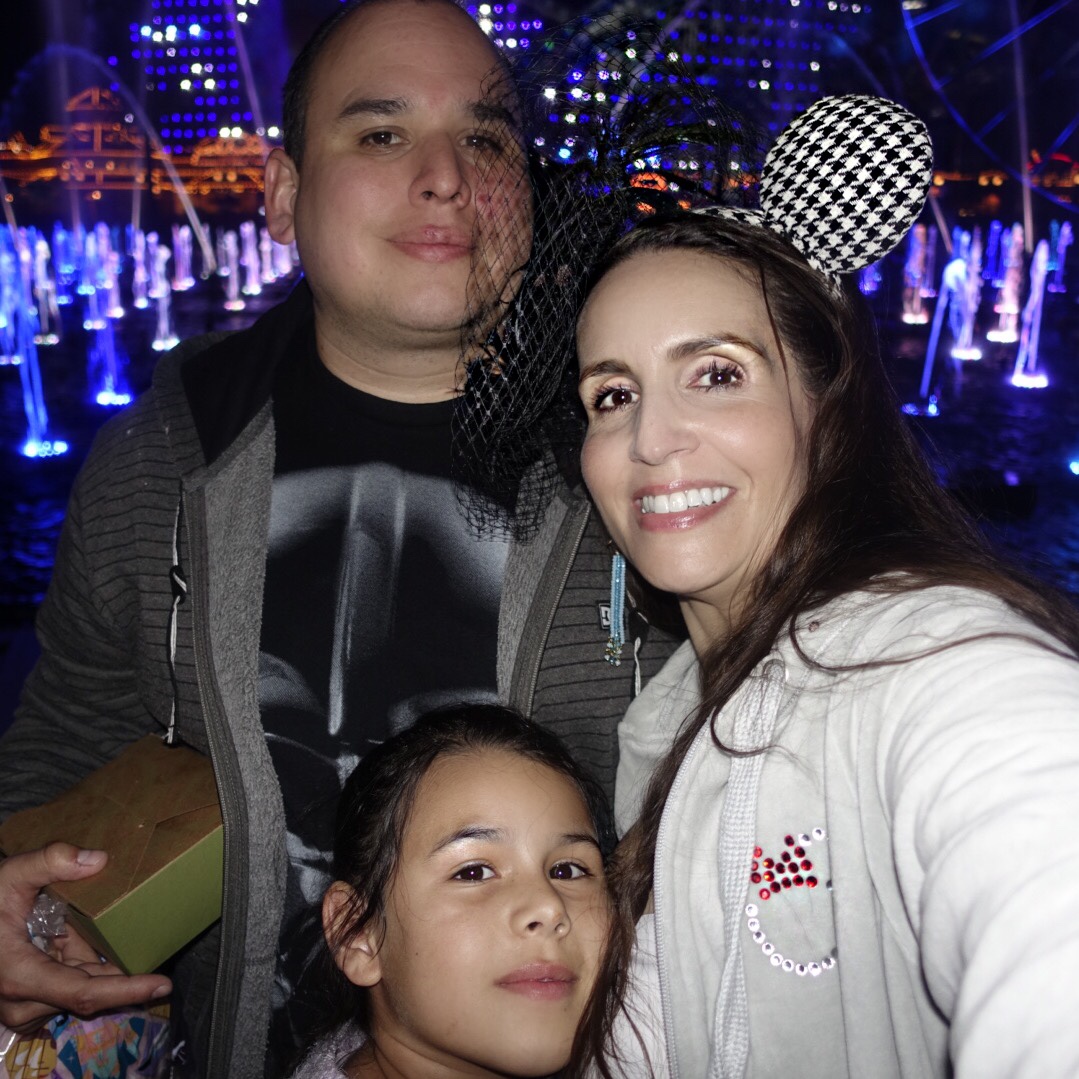 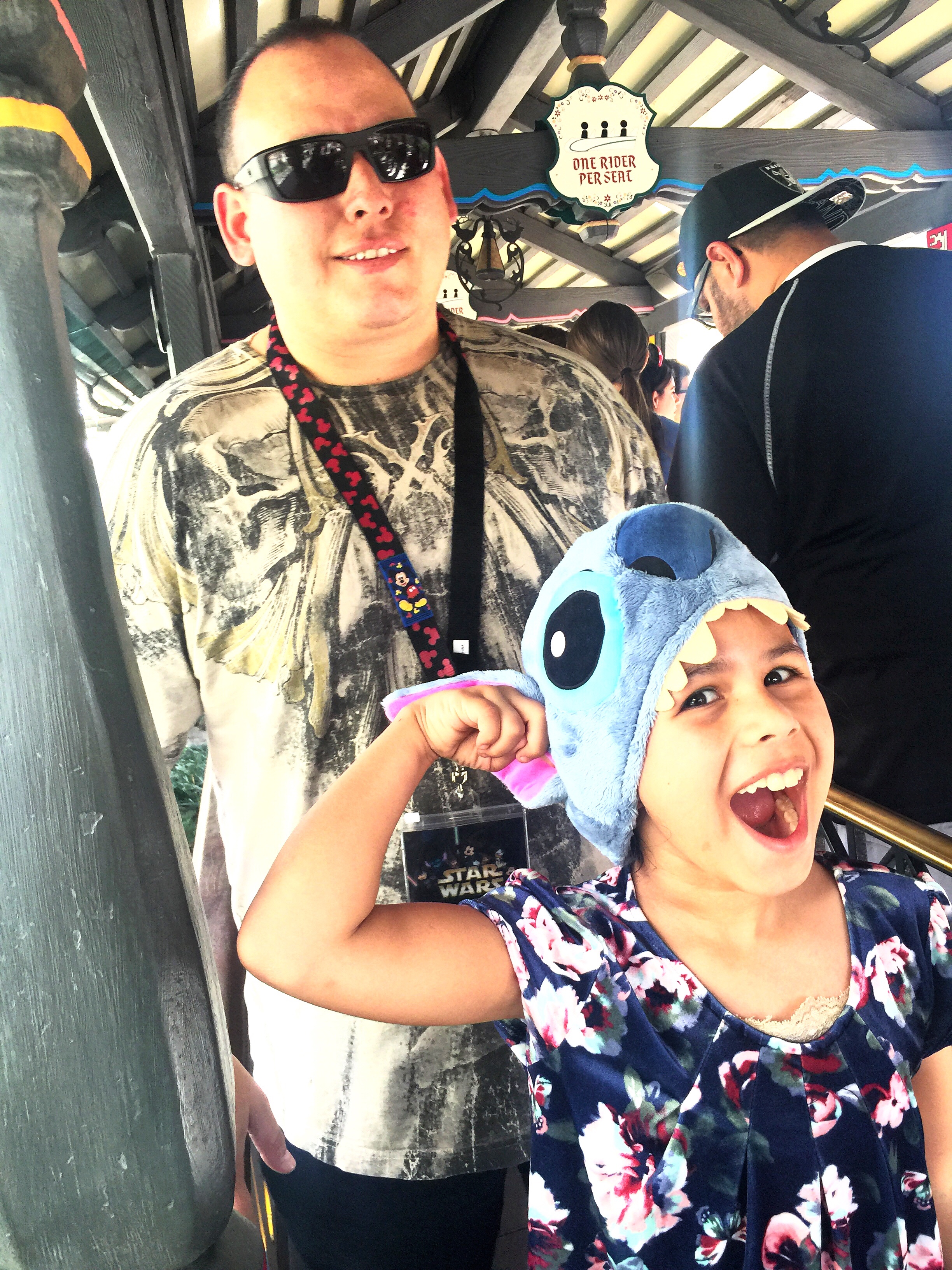 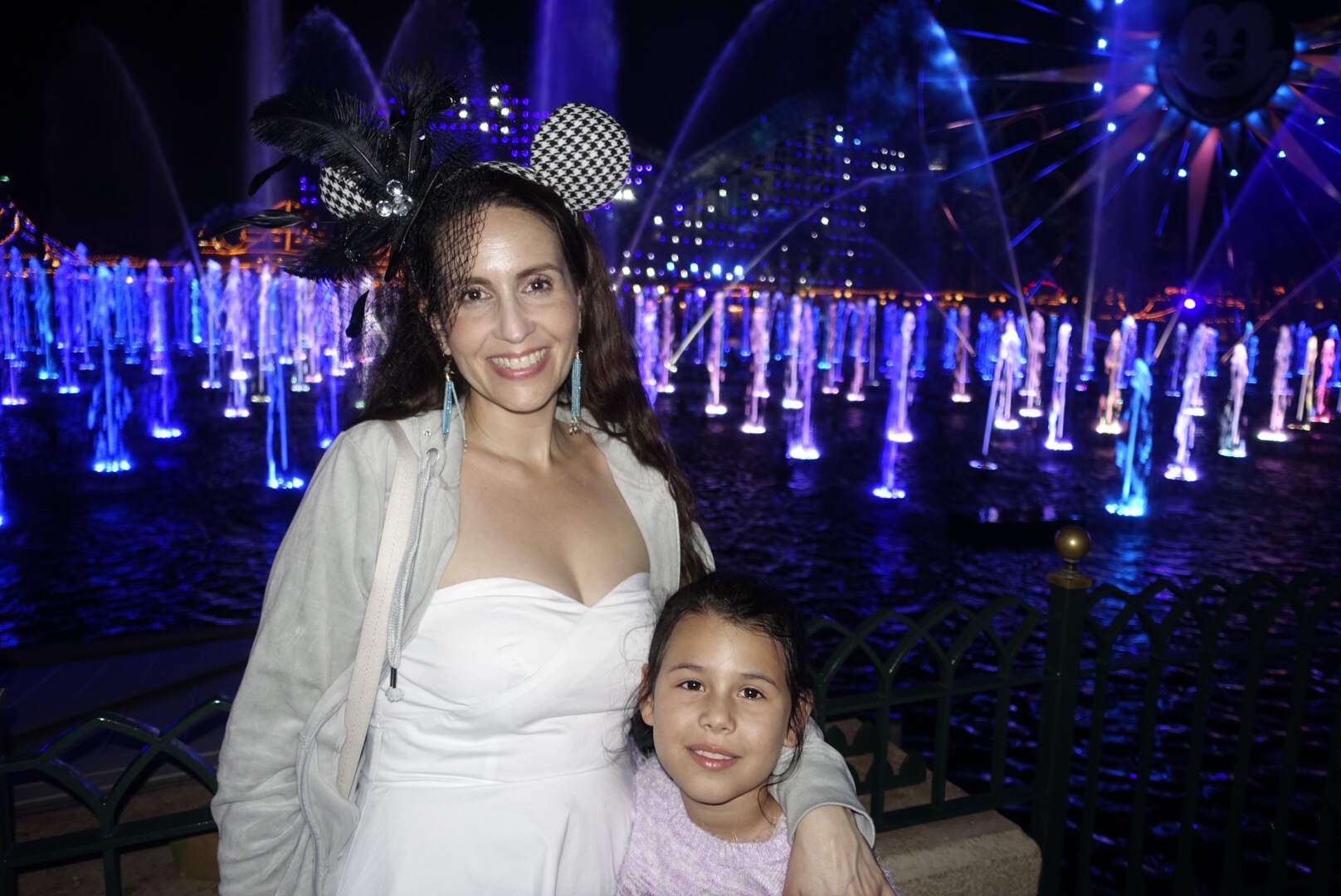 Thankfully, we did make it to the second trimester and we started telling people. As the pregnancy progressed though, I had some issues. I eventually had to stop the active lifestyle that I had grown to love because of it. They couldn’t really tell me why, I just had to sit around and wait. So I ended up eating all my feelings. Feelings of anxiousness, constant worry, fear and an overwhelming feeling of complete powerlessness. I prayed and I ate 🙄.

On October 7, 2016, all our prayers were answered. We had a healthy, beautiful baby boy we named Eric Joseph. 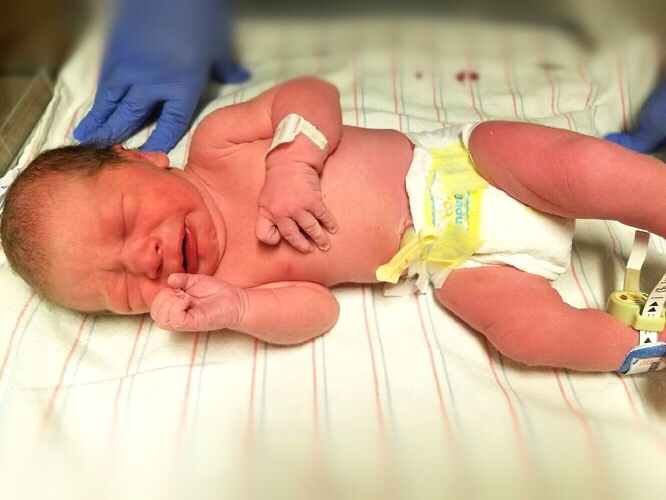 When we left the hospital with this little bundle of joy, I also got to take home an extra seventy to eighty pounds that I had managed to gain during my pregnancy 😳. I remember thinking, I have four months off, I should be able to drop quite a bit of this weight in that timeframe, right? WRONG!!! The problem with having your kids eight years apart is that you forget how all consuming an infant can be. Once those four months of maternity leave were up, I had maybe lost ten pounds. 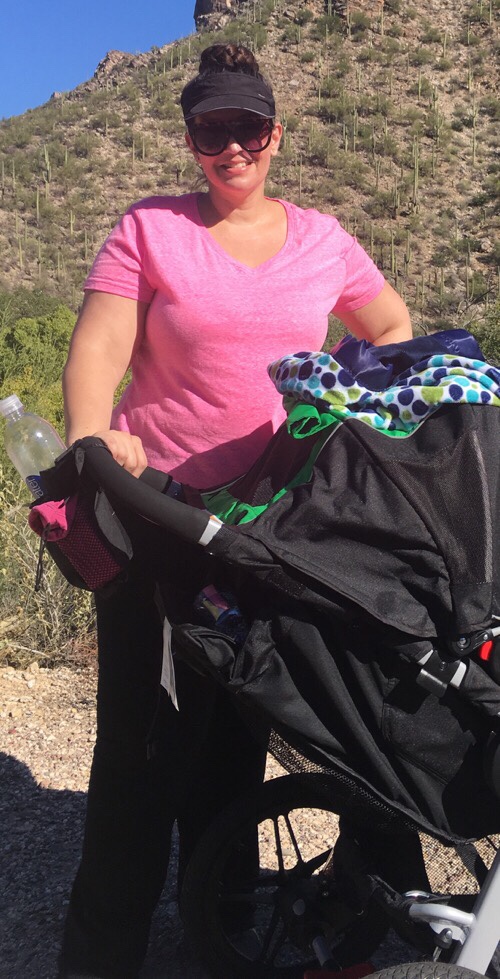 My First Challenge with Psychosomatic

Around that time I kept seeing these ads when I was scrolling through Facebook. Free challenge…loose twenty pounds in six weeks. Seriously? Yeah right! Still, after a month back at work I hadn’t made much headway on weight loss and I was starting to feel desperate. So I answered the add and applied for the challenge. I went to the informational meeting at the Valencia gym and decided to sign up right then…this is unusual behavior for me, I generally tend to overthink everything, it drives my husband a little nuts. I mean, I pack for vacations with an excel spreadsheet for goodness sake! I actually signed up for two back to back challenges. Needless to say, I was having a bit of an internal freak out.

I went to the nutritional seminar that Saturday and sat there thinking, what the hell did I get myself into?!? I hate to cook…I’ve never bothered much with meal planning…it’s been a year since I’ve worked out regularly and now I’m supposed to workout five times a week?

BUT, I already signed up and it was too late to change my mind.

My first challenge was, well, challenging. I have arthritis in both my knees, I ended up with plantar fasciitis in my left foot along with some issues with my arches. All of this was made so much worse by my weight. I couldn’t run, I couldn’t jump, I couldn’t even do a push up on my knees. Those first few weeks at Psychosomatic were humbling and difficult. Thankfully the trainers helped by making it fun and giving us modifications for all the things I couldn’t do…yet.

Thanks to the clearly laid out plan they gave me at the nutritional seminar, the meal planning got easier…it also helped that I’m blessed with a husband that wants to support me and loves to cook. I started enjoying the healthy food and looking forward to the workouts.

I made it through my first challenge and lost twenty-one pounds!! It felt amazing to be able to push myself again. I was actually excited to keep going to the next one.

About half way through my second challenge I started hearing about StrongHer. It’s a women’s weight training group that they were starting up again with their head trainer. It sounded really exciting…and scary, but after completely over thinking it for a couple weeks, I signed up for it at the final weigh in for my second challenge.

Thirty-eightish pounds down in twelve weeks! I still had a ways to go, but I felt accomplished. I made it through, even though there were days when I would wake up and I was so sore I wasn’t sure I could go to yet another workout. 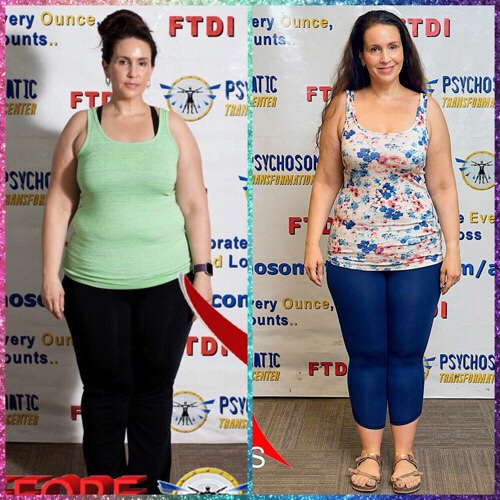 In many ways starting StrongHer felt like going back to square one. I had never lifted weights like that before. I felt uncoordinated, weak and unsure of myself, but I’m so glad I stuck it out and kept going! The trainer for StrongHer, Eric, has helped me to push myself beyond what I thought I was capable of, combining that with lifting weights with other women has kept me motivated to push past my fear of failure. I have the guidance I need from Eric to prevent injuries from bad form and I’ve even made friends along the way. The best part of this group is that the women in it lift each other up, we encourage and cheer each other on and let’s face it, we could all use a little more of that in our lives. I’m so grateful that this is how I get to begin my day three times a week!

The five week challenge I just completed made me realize how far I’ve come over the last year and a half. I closed out the challenge another thirteen pounds down, but since the beginning of 2017 I’ve lost about ninety pounds and the majority of that has been with Psychosomatic!!

It’s crazy for me to think about the fact that I am in better shape now that I’m in my forties than I ever was in my twenties! At the beginning of my first challenge Psychosomatic really put it all together for me between nutrition, fitness and even daily affirmations. Like anything else in life, you only get out of it what you are willing to put into it. I decided in the beginning that I was going to give it 110%. There have been plenty of times where I had to force myself to get up in the morning (pre-crack of dawn, no less) to go work out or when I succumbed to the temptation of maple glazed donuts and Diet Dr Pepper. I’ve hit my fair share of plateaus and I’ve had to change my internal dialogue to talk myself into moving forward instead of dwelling on my mistakes and sabotaging my own progress. My health is an investment I have to wake up and reinvest in everyday. Psychosomatic and especially the trainers at the Valencia gym taught me that I am worth that investment.